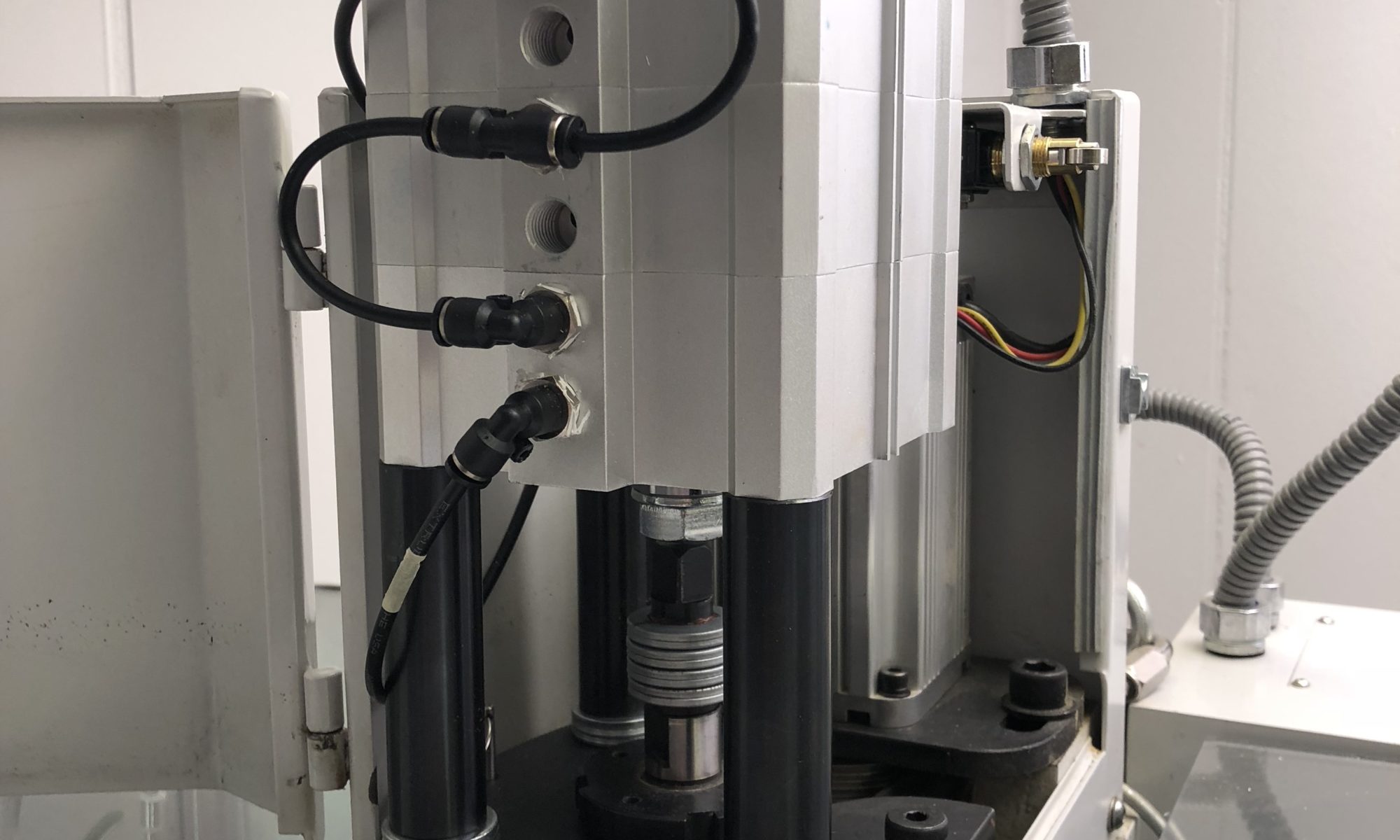 The power drawbar is a great add-on for the PCNC440. It eases the toolchange – which can get quite annoying the conventional way, after opening the spindle door, release the drawbar, …, tighten the drawbar and closing the case for the umpteenth time!

Yes, it’s a timesaver! But in my view, it has one drawback: the pneumatic push-button occupies one hand. And for a toolchange it’s really «handy» to have both hands available.

The bigger Tormach machines (like the PCNC770 or PCNC1100) have an electronic control circuitry for the power drawbar. Unfortunately the PCNC440 misses this option, but the needed information is on the net or can be seen on the pneumatic push-button:

The solenoid air valve I found was an «Airtac 4V210». All in all about 20 bucks, some silencers and connectors included. Yet, the filter regulator lubricator (FRL) was set up later on – another 25 bucks investet in persistence…

The implementation was easy. The 24VDC-output (used for the water pump relais) has of course also the right values for a solenoid. The foot pedal switch was simply clipped in between.

The connector was placed between the 5-pin-connector of the height gauge/passive touch probe and the probably future expansion slot of the 4th-Axis. The toughness of the body housing is impressive by the way!

Besides of the power drawbar being really «handy», the footpedal activation is really fast and comfortable. You can remove the actual and insert the next tool within seconds – really a big timesaver.

Even though the footpedal is only «primed» if the machine is powered – it’s always active while it’s powered! This means, that a misstep while the spindle is turning could be fatal and dangerous. Please take precautions if you think about making such a mod – everybody is responsible for it’s own and the health of others around!

I need to dig deeper in the controller scheme – I’m quite sure, that there’s a possibility to deactivate the solenoid, while the spindle is turning… 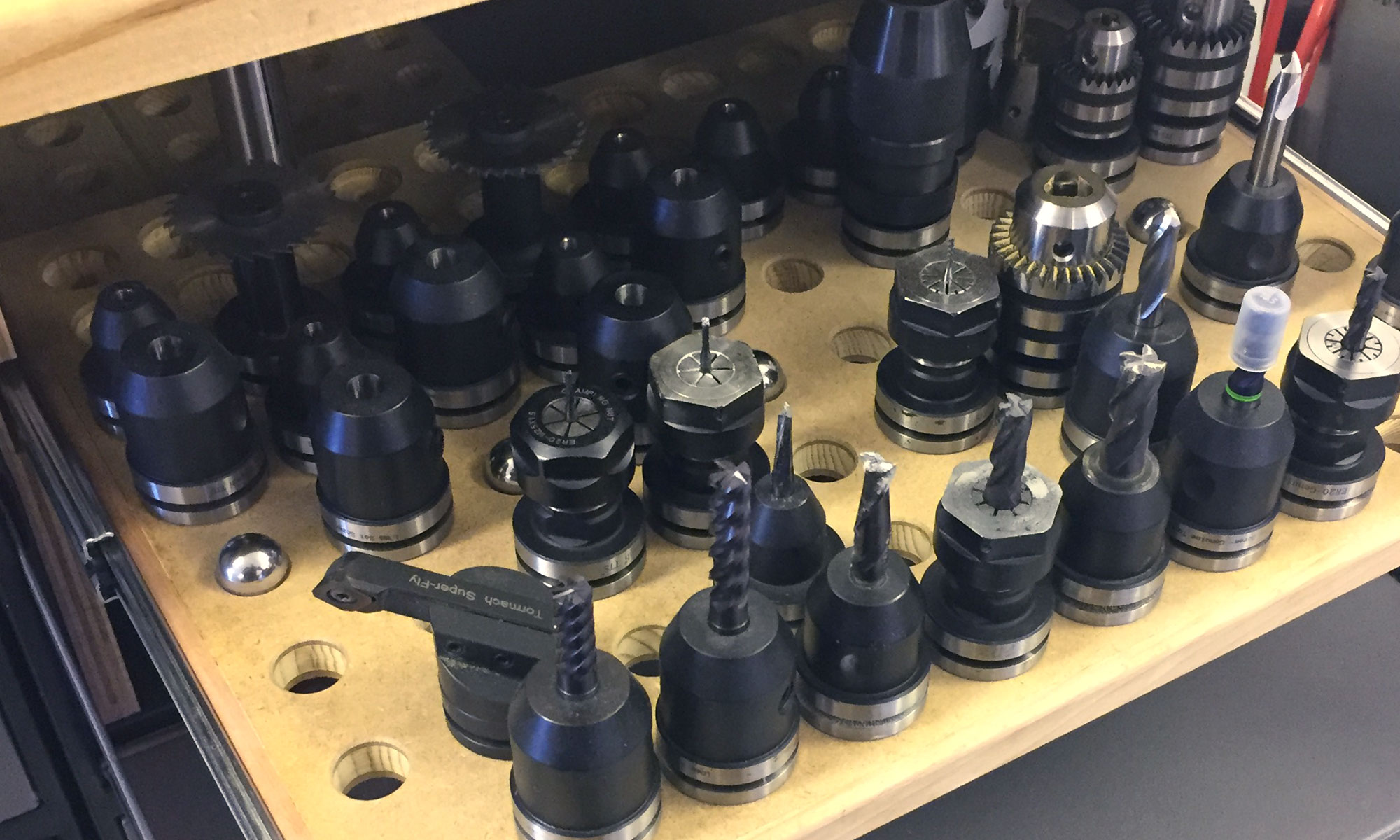 Today a big TTS collet holder was created. I wanted them to be safe and out of the way as long as I don’t need them, but in reach as soon as I’m working on the Tormach PCNC440. END_OF_DOCUMENT_TOKEN_TO_BE_REPLACED